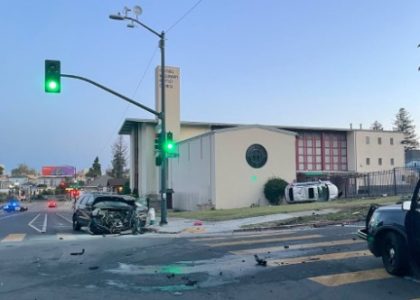 A person suspected of drunk driving was arrested early Sunday morning in Oakland after crashing into a sheriff’s vehicle and injuring the deputy inside.

According to the Alameda County Sheriff’s Office, the driver ran a red light at a high rate of speed around 4:30 a.m. at 16th and Foothill Avenues and crashed head-on into the patrol unit.

The deputy was transported to the hospital and is expected to survive, the sheriff’s office said.

The driver of the other vehicle, which flipped over onto its side, was arrested on suspicion of drunk driving.

“We are thankful nobody died,” said the sheriff’s department, who have not released any more information about the incident.